Sandy Curtis lives on Queensland’s Central Coast, not far from the beach where she loves to walk and mull over the intricate 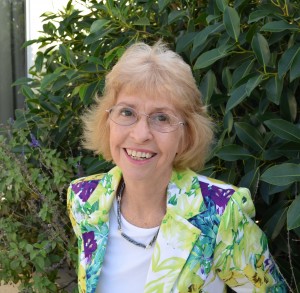 plots in her novels. Her husband says he doesn’t know how she keeps it all in her head, and her friends think she must be far more devious than she appears.

Actually, after having dealt with the chaos involved in rearing three children, dogs, cats, guinea pigs, and a kookaburra (teaching it to fly was murder), creating complex characters, fast-paced action and edge-of-your-seat suspense is a breeze for Sandy.

At fourteen she wrote a story about a pickpocket who steals a wallet from an off-duty cop. To make sure her details were authentic, she wrote to Police Headquarters asking them about fingerprints. Her mother received a phone call wanting confirmation the query was genuine, and as Sandy hadn’t told her about the letter (or the story), she nearly had a heart attack thinking her daughter was in trouble with the law.

Sandy’s query resulted in an invitation to tour Police Headquarters with her teacher and several schoolfriends and meet the Police Commissioner. That’s when she learned that although the pen might be mightier than the sword, it does nothing to imbue self-confidence in an extremely nervous fourteen-year-old who had to shake the hand of Queensland’s top cop.

“All my pocket money and birthday money went on purchasing books,” Sandy says. “I devoured them. My aunt and uncle used to let me borrow their Saturday Evening Post (American version) and Reader’s Digest. In one Saturday Evening Post I read a story called “The Answer” by Philip Wylie, about a nuclear explosion which kills an angel and the Defence Force’s efforts to prove it was ‘really an alien being’. I was so impressed with the story I decided that one day I would become a story-teller like Philip Wylie.”

Interviewers often ask Sandy to describe her normal writing day. “Normal is when the chaos in my life subsides to frantic rather than frenzied. I once told a friend that I must have a chaos attractor glued on my forehead and she said that creativity hovers on the edge of chaos, to which I replied that I’d long ago fallen off the edge into the middle.”

Her various occupations, from private secretary to assistant to a Bore Licensing Inspector, as well as hitch-hiking around New Zealand and learning to parachute, have given Sandy lots of people and research skills. It’s the paperwork going feral in her office she has trouble with.

If you would like a photo of Sandy to use in conjunction with promoting her books, please feel free to the one above, or email her if you have additional requirements.

Sandy is the author of seven Australian-set suspense thrillers print published in Australia by Pan Macmillan Australia and Clan Destine Press and in Germany by Bastei Lubbe, and available as e-books in US, UK, Germany, France, Spain and Italy through Amazon Kindle and also through Clan Destine Press.

Her three contemporary romance novels have been released as e-books by Ormiston Press.

Her literary short stories have won awards, and her crime and romance stories have been published in leading Australian women’s magazines. Her novels have all been nominees in the Ned Kelly Awards hosted by the Crime Writers’ Association of Australia.

Her first and fourth novels, Dance with the Devil and Until Death, were finalists in the mainstream section of the Romantic Book of the Year awards run by the Romance Writers of Australia Inc.

Sandy has presented many writing workshops including 10 days teaching creative writing at the University of Southern Queensland McGregor Summer Schools, given library talks, and been a panellist at writers’ festivals.

She is a member of many writing organisations, and has organised the Bundaberg writers festival, WriteFest, since its inception in 2005.

On 2010 she was awarded the Regional Arts Australia Volunteer Award for Sustained Contribution to the arts in regional Queensland.

In December 2012 she was selected by the Queensland Writers Centre to receive the Johnno Award for outstanding contributions to writing in Queensland.

Fatal Flaw
A tantalising read that I fully recommend! Fatal Flaw, by Queensland author Sandy Curtis, is a powerful, intense thriller about power, betrayal, old loyalties and how past actions and events can shape the future.  It also explores the relationship between children and their parents and emerging love through friendship. I loved this story because it had all the usual suspects of a murder, intrigue, international terrorism, and good versus evil, all interwoven with a beautiful love story.
Gaile Hughes on Marianne Delacourt’s website

Dangerous Deception
“Dangerous Deception is a page-turner with all the elements of the classic airport novel: action, mystery, intrigue, double crosses, relentless pursuits, sexual tension and a nail-biting climax. In Matthew Reilly-style punchy chapters, Sandy Curtis has written an ideal travelling companion for a long journey or a day at the beach. This book is instantly addictive and pure escapism.”
Lachlan Jobbins (freelance reviewer)
Australian Bookseller & Publisher

Until Death
“Fast-paced and fluid, combining all out confrontation with subtlety and even a romance crammed in there too, Until Death is a compelling thriller from the opening page to the last.”
epinions.com

Confessions of a Mystery Novelist – In the Spotlight

Black Ice
“Sandy Curtis’s Black Ice is proof of her talent in developing well-rounded and well-motivated characters. Black Ice tells a story of great contrasts … a tender loving relationship – beautifully portrayed – and a dark and violent danger…
The fast pace never let up and even took on an action movie quality with its very short scenes and rapid changes in point of view. Then there were those passionate love scenes and several plot twists towards the end that took me by surprise and kept me in suspense until the very last page. All in all: A treat!”
A Romance Review

Dance with the Devil
“Sandy Curtis has made an amazing debut. Dance with the Devil combines action, adventure, suspense and romance in a very readable package… It’s like reading a Matthew Reilly novel with romance added.”
Robinsons Book News